A teen-delinquent weekday Addams in AN unclothed Ramones jersey, as she stares into the face of the killer she has simply unmasked. 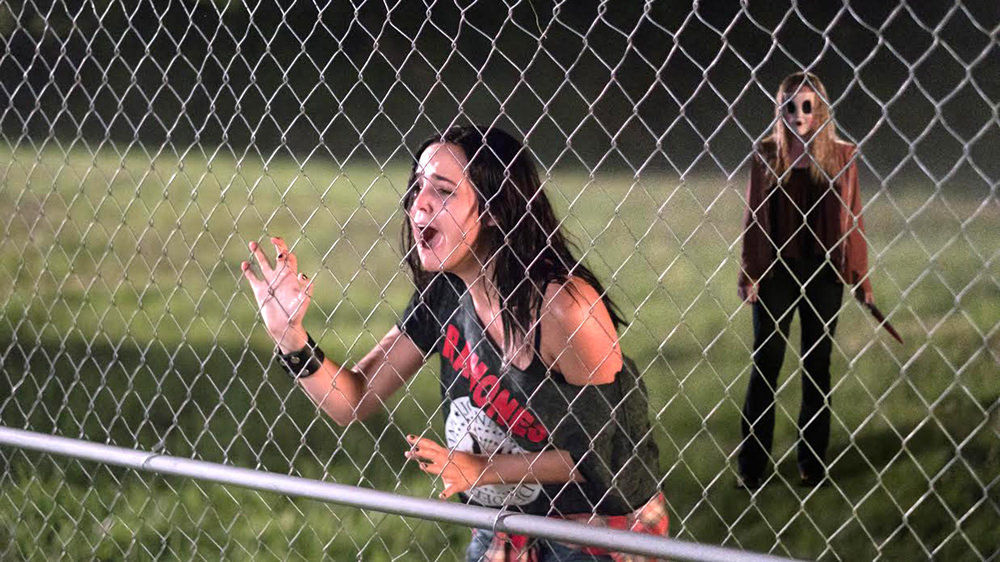 The wrongdoer, United Nations agency seems to be not abundant older than Kinsey, appearance right back at her and summons her best sickie-harpy grin as she says, “Why not?”

As motivations for bloody maniacs go, this one carries a little of Brando (“Whaddya got?”) spiced with a pinch of the doctor. and also the audience for “The Strangers: Prey at Night” could establish the sentiment.

Why move to a monstrously obvious slasher picture show, with no tricks up its sleeve on the far side its use of songs like beautiful Tyler’s “Total Eclipse of the guts,” Kim Wilde’s “Kids in America,” and Air Supply’s “Making Love Out of Nothing at All” to accompany pictures of serious music slaughter? (At times, the films sounds like it may be “Friday the 13th” scored on Andy Cohen’s iPod.)

Why sit through a series of blade-twisting slaughters as routine as they’re grisly? Why not?